Hello :) Wednesday was certainly busy. After my usual 9-5 job at EQ markets, it was off to help out at a Vegan Cooking Class. The class was hosted by Lydia & Carly, who had led previous classes (here) at Alfalfa House, just down the road. This pilot class was held in a new location at Berkelouw book shop/cafe in Newtown, which I often go to, to sit upstairs with a good book and pot of chai. The cooking class was held downstairs though, using the kitchen space of a vegan cafe which is open during the weekend.

I was there a little earlier to help set up the table, prepare the veggies etc, although it would seem from this post, I spent most of the time being a photographer ;)

Table preparations. Aren't the candlesticks with mandarins and flower filled pumpkins awesome? The first meal was a raw nori roll, so Lydia decided to hang the nori using some string and pegs. Love this idea, it was so fun and inventive. Dinner party idea anyone? 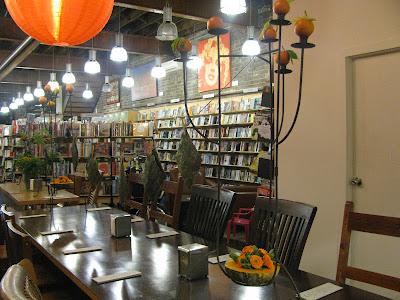 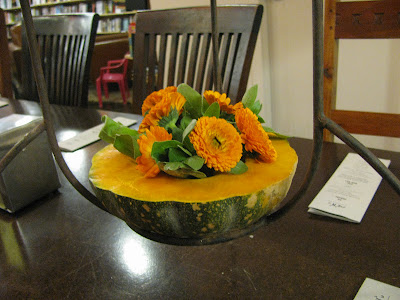 When everyone arrived (the class was limited to 10) we served a hot chocolate, by heating up rice milk and whisking in some raw cacao and chilli flakes. Super warming, I think I shall be making that soon! The rice milk gives it just the right amount of sweetness. So while people were busy sipping their warming drink we prepared and served the filling for the nori rolls. There was a raw carrot and cauliflower salad as well as fresh spinach, lettuce and a pumpkin & almond dip. 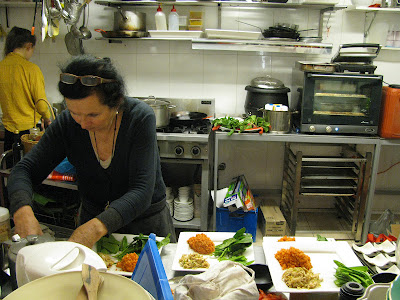 I think what was really showcased in this recipe, is that cooking is really about creativity. The sushi was delightful: fresh, healthy and simple. Sushi doesn't always have to be with rice. Raw veggies and dips work perfectly as well. Yum! 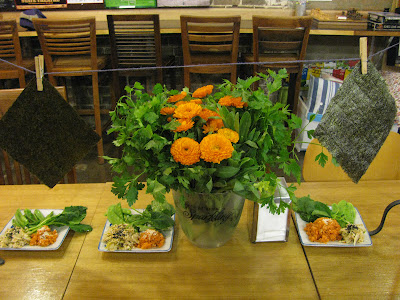 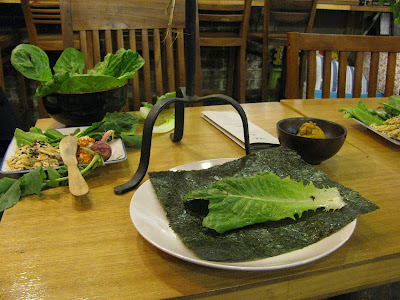 Now onto the main course. An aromatic moroccan hot pot. Everyone crowded around the kitchen, as Lydia gave instructions and we all helped prepare and write down notes. There were lots of spices, onion, garlic and tomatoes used in the base. Snow peas and broccoli were steamed, buckwheat and brown rice were cooked to accompany and roast apple and pumpkin were also added to the hot pot. 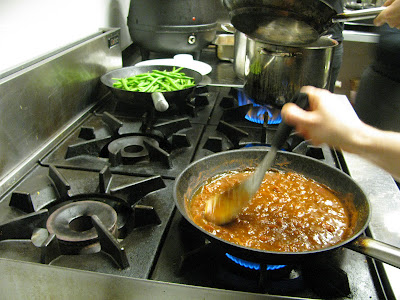 The roasted apples and pumpkin were definitely a highlight. They were roasted with their skins on and were super sweet, soft and incredibly nourishing. The buckwheat and brown rice were great. I've cooked buckwheat once, although it got a little gluggy, so I think the secret is to rinse it well, keep stirring and rinse in a sieve if needed. Any other tips? 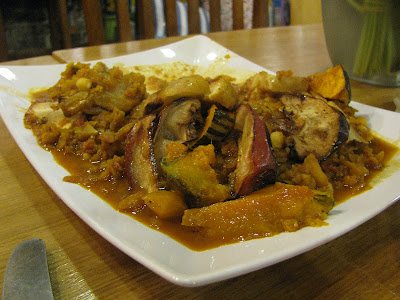 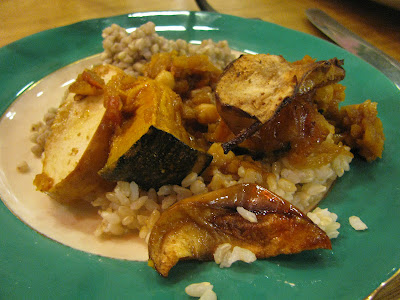 I was also there to provide the tea, you see. Little China Teas to be specific. Exciting! I served Bo He, which is a fabulous field mint, and the Slimming tea which has a ginger and ginseng base. They were served with the moroccan hot pot as I thought the flavours of the mint and ginger would work well with the dish. It was nice having a warming cup of tea. Although my opinion is quite biased ;) 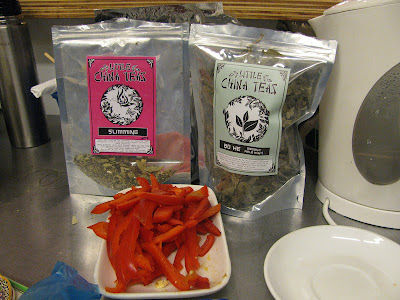 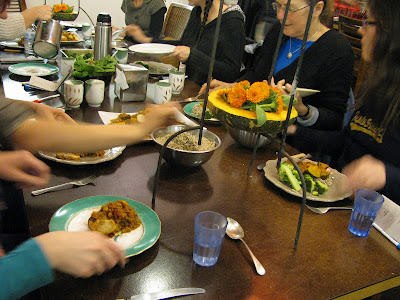 Dessert time! Beetroot and chocolate tarts :) The vintage plates were so pretty. The base was a gluten-free pastry with chia seeds and was just so dense and delicious. The beetroot and apple were perfectly caramelised, and you can never go wrong with chocolate! 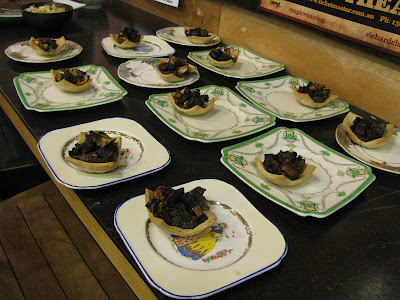 We were also treated to a slice of a chocolate pie, the base made from nuts and dates. Must. Get. Recipe. All I'm saying... 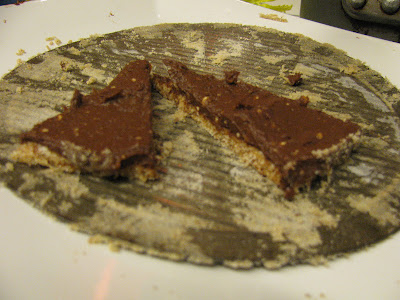 No, I'm not vegan, and heck I'm not even vegetarian anymore, but I definitely came away from the class inspired. Lydia & Carly both shared their passion for wholesome, creative and nutritious eating. What I got from the class, was that cooking, which focuses on organic and local produce, creativity and community is really the way to go. And I love it.