Hello :) I've been having a relaxing morning sipping chai tea, reading the paper and eating french toast (more on that to come!)....

Well last night my mother decided to make a baked rice pudding. I like it when she cooks yummy food because as well as being delicious, I have something to blog about ;) Did any of you participate in Earth Hour last night? We did our best to turn off most of the lights, but I can't say we sat around in the dark...

Even though I have the recipe here (from "The Complete Australian Cookbook") my mother used brown rice instead of white and cooked a larger quantity as well as using less sugar and milk than suggested. Oh and she also adds sultanas!

Method-
1. Heat the milk to lukewarm in a saucepan and stir in the rice. Remove from the stove
2. Beat in the egg yolks with the sugar and salt in a bowl. Gradually add the milk mixture, beating all the time
3. Beat the egg whites until stiff and fold into the milk and rice mixture. Stir in the vanilla essence and pour into a greased ovenproof baking dish
4. Bake in the oven at 180 degrees until set, about 40 minutes 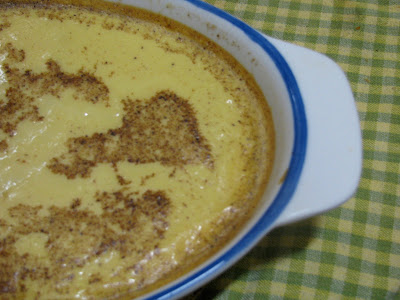 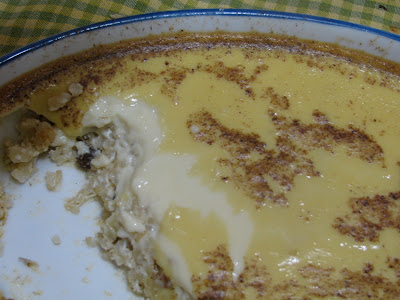 And I think this piece of music would perfectly suit a Sunday. I've been having it on repeat this morning because I like all the layering of the piece, how each element builds upon itself. Even if that's not technically correct it's just a beautiful piece! It's from the Amelie soundtrack, which I've found particularly delightful to listen to on the train :) :) Tell me what you think!
Hannah x
Posted by Hannah at 11:04 AM