Hello :) So last Sunday after I made the apple and cinnamon muffins, I decided to make dumplings for lunch with my friend Tara. In the holidays I ended up eating dumplings out (the same as here) quite a few times, so I thought it was about time I made them myself! I  bought a few packets of dumpling wrappers from my local Chinese supermarket (they were only $1.40 for a packet of 40!), a few bunches of bokchoy and that was that :)

I decided to use bokchoy, dried chinese mushrooms and ginger in mine. I've also used beancurd/tofu before but we didn't have any. Here's what some of my mixture looked like. I cooked the dried mushrooms in boiling water for about 10 minutes then added the chopped bokchoy and ginger for a minute, and drained it all. 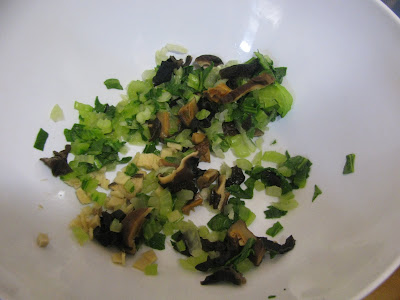 And here's a step-by-step guide on how I made my dumplings...I didn't use a recipe and kind of made it up as I went, trying to vaguely remember how I used to make them with my Chinese Grandma :)
Lay out a dumplings wrapper and brush the edges with egg white 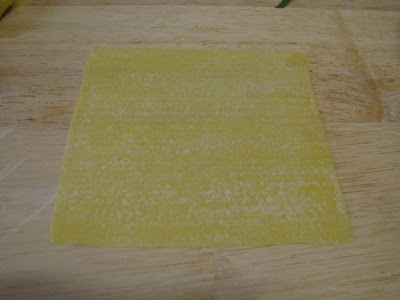 Put a small amount of filling in the centre 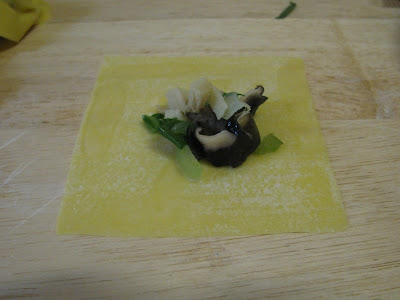 Fold in half and press edges together 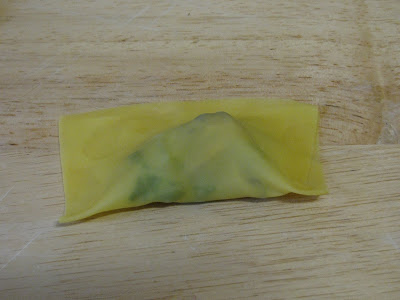 Hold the dumpling so the edges are facing you and pull the right side of the dumpling back and the left side forward to they fold over each other. (It's quite hard to explain but you can fold them any way you want- I think thats the fun of it!). 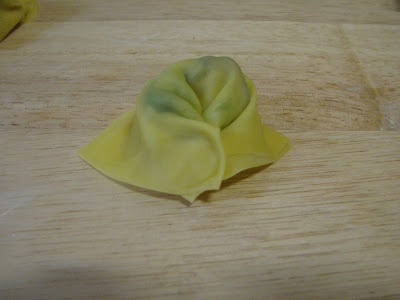 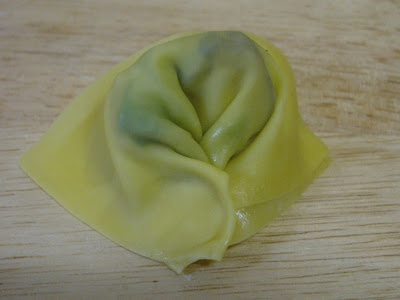 And then I simply cooked them in boiling water for one minute in batches. 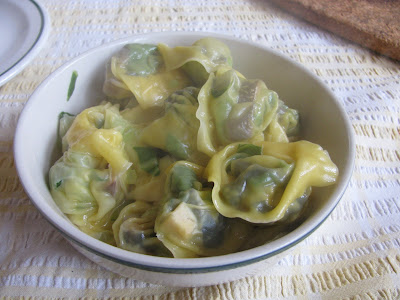 Served with soy sauce. And voila! 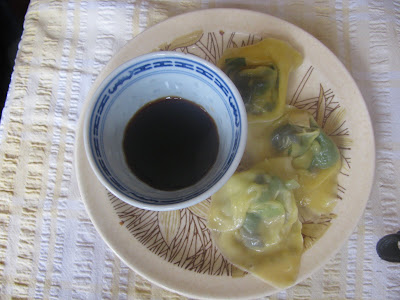 I must say I was amazed at how easy they were to make and how delicious they tasted!! They were really really tasty and I loved the zing of ginger! To make it more substantial you could put the dumplings in a broth/soup and also add noodles and more bokchoy (or other vegetables).
Have you ever made dumplings before? If so, what do you put in yours?
Other yummy ingredients you could include: spinach, chives, chilli, tofu etc. I'll have to try some new combinations!
Hannah x
Posted by Hannah at 11:17 PM