Hello :) My usual breakfast consisting of a mushroom, kale and haloumi omelette, is a little bit last week so this week I made an effort to make a big batch of toasted buckwheat muesli, for breakfast on the go. I adapted it slightly from Scandi Foodie. Fabulous vegan blog. It's so fabulous you don't even notice most of the recipes are vegan. She always has so many creative ideas, it's super inspiring.

I should mention I tended to make up most of the measurements. 1 handful of that, 2 handfuls of that- works for me :)

I called this post toasted buckwheat muesli though, because I had never thought to roast buckwheat in an oven as a method of cooking it! So I'm just excited I can cook it this way, it's the star ingredient. Super crunchy and nutritious too, being alkaline and gluten free to boot. Bonus points, buckwheat. Have you cooked raw buckwheat before? I'm a fan of buckwheat (soba) noodles and occasionally use the buckwheat flour to make pancakes.

I used this Loving Earth buckwheat and coconut butter. On a side note, wholegrain toast with this coconut butter, cinnamon and chia seeds is a winner! 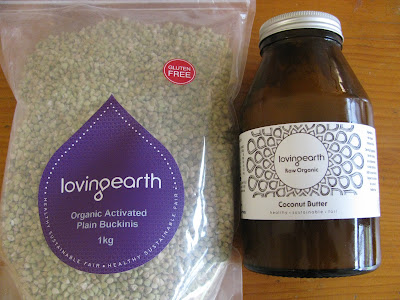 Ingredients looking all neat and sectioned in the bowl. I also added some shredded coconut. 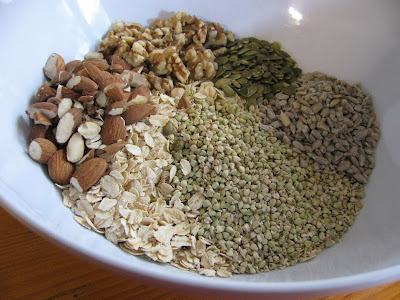 Mixed together with the coconut oil/butter and rice syrup. I recently bought some rice syrup and the taste is nice, but doesn't beat pure maple syrup! It's good for using in baking and this toasted muesli for some sweetness though. 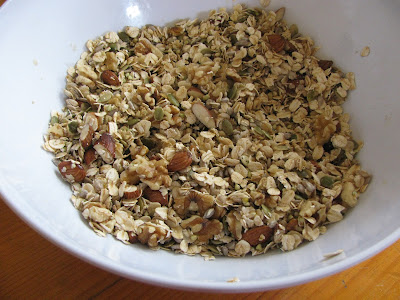 My toasted buckwheat muesli. I added a sprinkling of raw cacao nibs and a dollop of coconut yoghurt. Love that stuff. The muesli didn't toast all that much, which might mean I didn't add enough coconut oil or syrup. Although I don't mind, it's something a little different from granola, not as coated and sweet. I think rice syrup is fructose free as well. Fancy that. 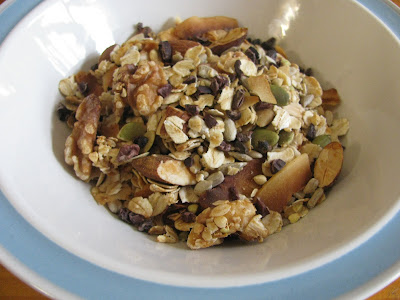 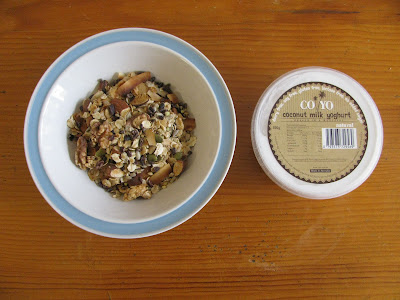 I think I'd better go make another batch of muesli, which I can enjoy tomorrow morning as I'm starting a new job and won't have any time to think about breakfast (it's a very early start!)  It may involve Orange Grove Farmer's Markets and olives.... :)

Enjoy your weekend, any cooking plans for Mothers Day?