Hello :) Gosh, how cold is it today?! I'm rugged up in a woollen mustard cape (...very odd purchase from Vinnies a year ago, but it's like wearing a blanket!), sipping tea and trying to study for an exam I have on Tuesday. Although part of the exam is on nutrition, so I can't really complain ;)

I had planned on going for an early morning walk to get a soy latte, a treat for brekky (probably a yummy pastry!) and the paper however when I woke up it was pouring with rain so I opted to stay indoors. For breakfast instead I decided to make some more brown rice porridge. It did take a while though so in the mean time I made a soy hot chocolate which tasted yummo. And to make my breakfast a little bit more indulgent I added a teaspoon of raw cacao to the rice and it tasted delicious!

It must seem like I'm a little bit mad about cacao at the moment!! It's funny because to be honest I don't really like chocolate that much, although I can't say no to the odd piece of dark chocolate. For me, milk chocolate is way too sweet! I much prefer cooking with cacao at the moment, giving foods that chocolate taste but without being overly rich and sugary.

Anyway, enough rambling! For morning tea I decided to experiment with another one of Lola Berry's recipes called 'Raw Chocolate Magic Macaroons'. Now before you get too excited, these aren't actually those French macaroons you see everywhere now but more a rustic ball of goodness ;)

Method-
Mix the cacao, coconut oil*, tahini and agave together until you get a thick paste. Mix the remaining ingredients through, roll into rustic macaroon shapes and put into the fridge to set. It will only take an hour or so to set in the fridge. A perfect dessert: gluten, wheat, dairy and sugar free and vegan!

* the coconut oil is in a solid form so I just heated it for about 30 seconds on a pan and it quickly melted into an oil.

Setting up my ingredients! 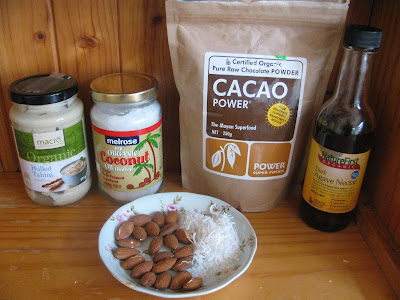 Coconut oil/butter? I actually bought this a few days ago after reading a lot about it and I wanted to experiment with it. It cost around $10, so it was quite pricey but I'm going to start using this as my main cooking oil. It came in a solid form but melted very quickly into oil after being heated. On the label it reads 'coconut oil is the only oil not affected by heat' which is interesting. My understanding is you can use it as you would any other oil. I'm keen to hear if you've used coconut oil before? 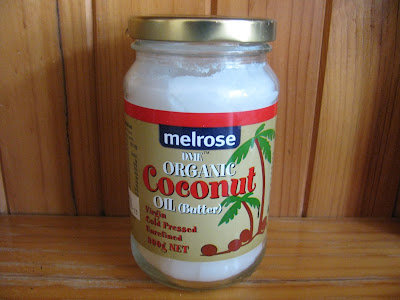 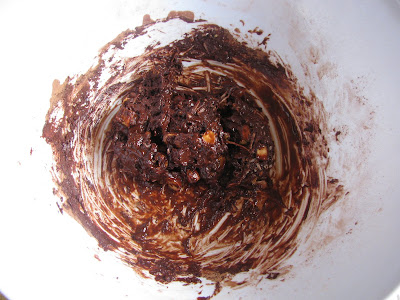 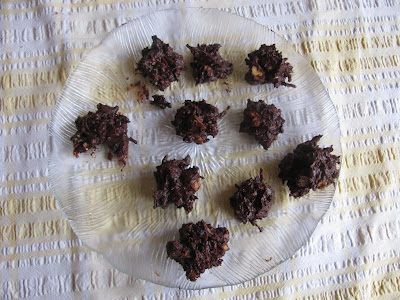 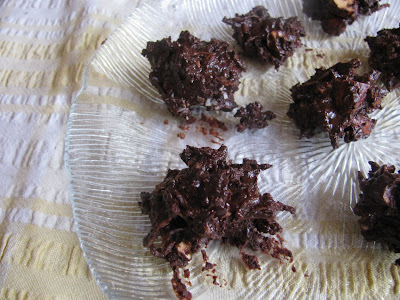 Perfect served with a cup of green tea :) 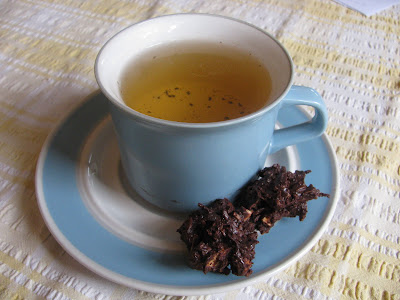 Now how did they taste? Very rich actually and kind of like chocolate ganache! I didn't have any dried fruits to add and just used chopped up roasted almonds. They were delicious though and perfect for morning tea but I couldn't eat more than two! I said those raw fudge balls could be an alternative to Lindt balls and I reckon these macaroons could rival a ferrero rocher ;)
I just happened to have most of the ingredients to make this, but you could always use alternatives too. Instead of agave you could use maple syrup and add some almond butter instead of tahini. Next time I think I'll add more tahini and and a little less cacao. I think adding orange zest would taste yummy too. And give it an added zing!
...
Well I hope you have a lovely Sunday regardless of this weather! I have final exams for Uni coming up so I don't think I'll be posting for a while. Guess I'll see you all on the flip side :)
Hannah x
Posted by Hannah at 12:58 PM