Hello :) Gosh, I feel a bit like a kooky vegan! First I add silken tofu to a smoothie and now I've gone and added kale to raw fudge balls. A bit weird? Kind of. It all started last week when at uni we had market stalls, as we do each week and there was a man selling homemade organic treats such as brownies (made with rice flour, carob etc) and also this bar made from kale, broccoli as well as oats, rice flour, carob etc. I bought one and thought it was quite nice and interesting, I liked that he used kale! I've always seen kale on other health blogs where they've cooked it in the oven and made 'chips', so I thought I'd do the same, and blend some up with raw fudge balls (as you do).

It took a little while to find kale actually. It wasn't at my regular fruit & vege shop and it was only until last night when I was in Newtown that I found some at a health food shop/grocer. Look! My little kale bunch...I had to cut off the stalks to fit it in my fridge! 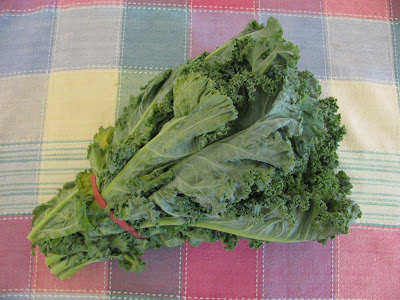 After cooking it in an oven for about 5-7 minutes they turned crisp & crunchy. 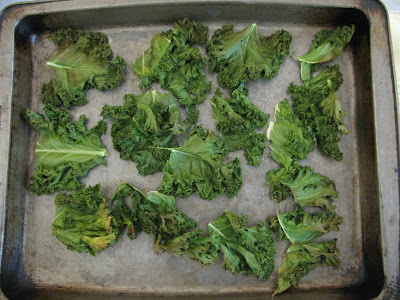 And then I made these raw fudge balls and added 1/4 cup of oats too. After blending up these ingredients I added my kale, which I crumbled in. Voila! Ok I know they look unappetising, but you can hardly taste the kale, I swear ;) A nice green vege hit! 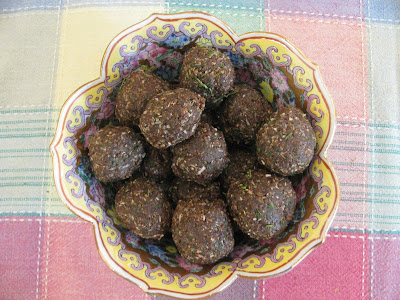 
Gluten free: try using quinoa or rice flakes instead of oats. My friend Monica using a mixture of these flakes as well as LSA for gluten free porridge. Delicious :)

A little bit more festive: Add a handful of goji berries or cranberries and pretend like it's Christmas!

Even more hippy-ish: Add a block of firm tofu. I'm not sure if it would work with this recipe, but there's a recipe for carob tofu bliss balls I've been meaning to make and they look yum!

I also cooked some of the kale (following this recipe), where she added paprika, salt and olive oil to them. They were nice actually, you really did need to seasoning though! Not something I'd make all the time, but it's fun to experiment ;)

Have a lovely week everyone! I'm going along to the Night Noodle Markets in Hyde Park on Wednesday which should be fun :) Anyone else going?